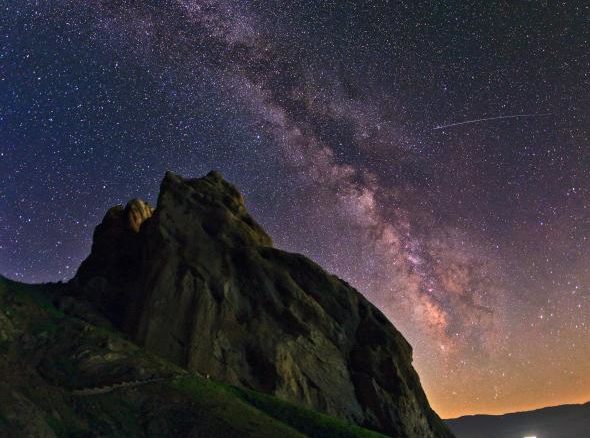 The mysterious site of Assassins (medieval Nizari Ismailis) in the Alamut Valley of Iran’s Alborz Mountains is still under excavation. The castle had a unique library that lured many scholars, including Tusi, considered the world’s greatest astronomer of the time, to Persia during the Mongol invasion. The sky of Alamut is still as starry as when Tusi explored it in the 13th century.

A meteor’s streak and the arc of the Milky Way hang over the mountain fortress of Alamut in the central Alborz Mountains of Iran. Alamut Castle was built into the rock in during the ninth century.