Everything about Iranian New Year Nowruz

Nowruz is the traditional Iranian festival of spring which starts at the exact moment of the vernal equinox, commencing the start of the spring. It is considered as the start of the New Year among Iranians. The name comes from Avestan meaning “new day/daylight”. Noruz is celebrated March 20/21 each year, at the time the sun enters Aries and Spring begins.

Noruz has been celebrated for at least 3,000 years and is deeply rooted in the rituals and traditions of the Zoroastrian religion. Today the festival of Noruz is celebrated in Iran, Iraq, India, Afghanistan, Tajikestan, Uzbekistan, Azerbaijan, Kazakhstan, and Kyrgyzstan. 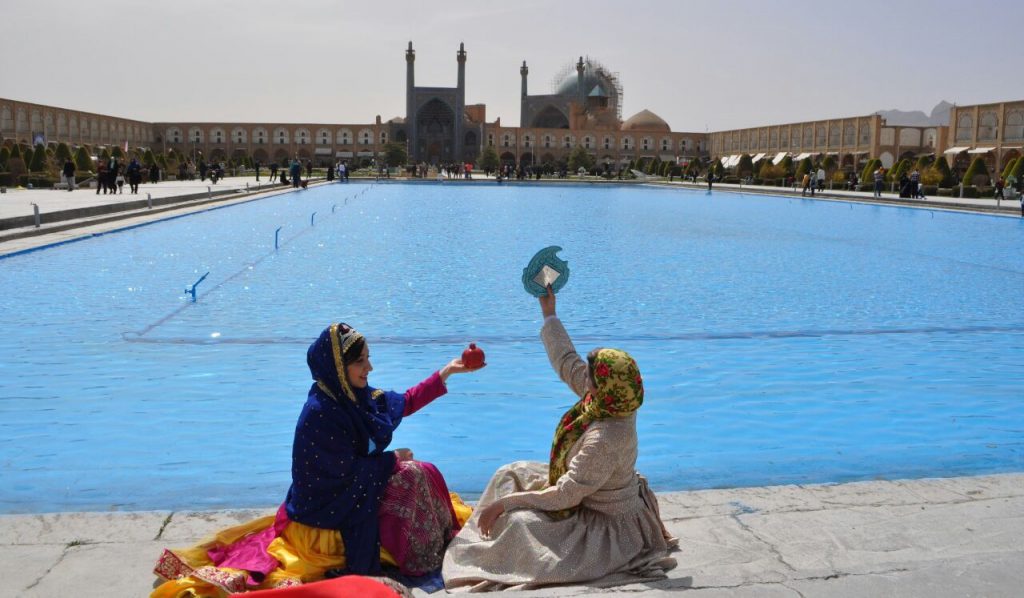 The Zoroastrian Parsis of India celebrate Noruz twice, firstly in common with their Iranian brethren on the vernal equinox as Jamshedi Navroz (also referred to as the Fasli New Year) and secondly on a day in July or August, depending upon whether they follow the Kadmi or the Shahenshahi calendar. This is because the practice of intercalation in the Zoroastrian calendar was lost on their arrival in India. The Kadmi New Year always precedes the Shahenshahi New Year by 30 days. In 2005, Noruz is celebrated on August 20 (Shahenshahi). 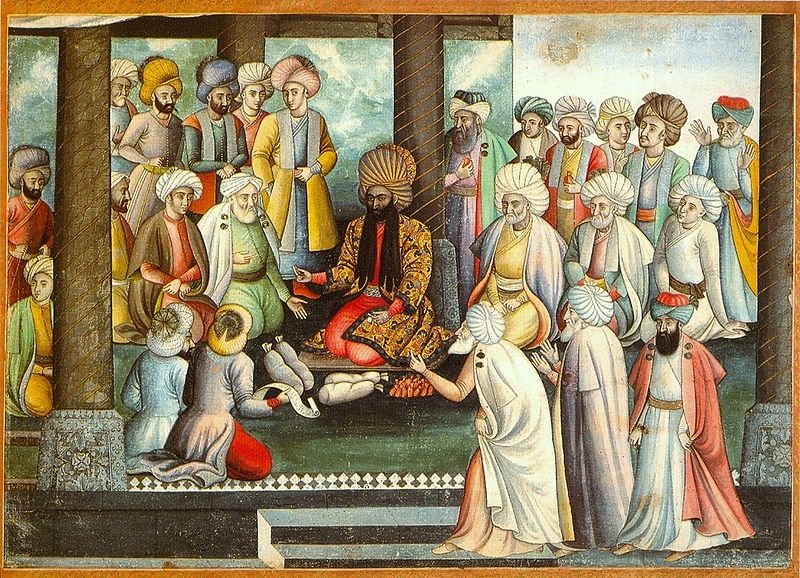 The name of Noruz does not occur until the second century AD in any Persian records. We have reasons to believe that the celebration is much older than that date and was surely celebrated by the people and royalty during the Achaemenid times (555-330 BC). It has often been suggested that the famous Persepolis Complex, or at least the palace of Apadana and Hundred Columns Hall, were built for the specific purpose of celebrating Noruz. However, no mention of the name of Noruz exists in any Achaemenid inscription. 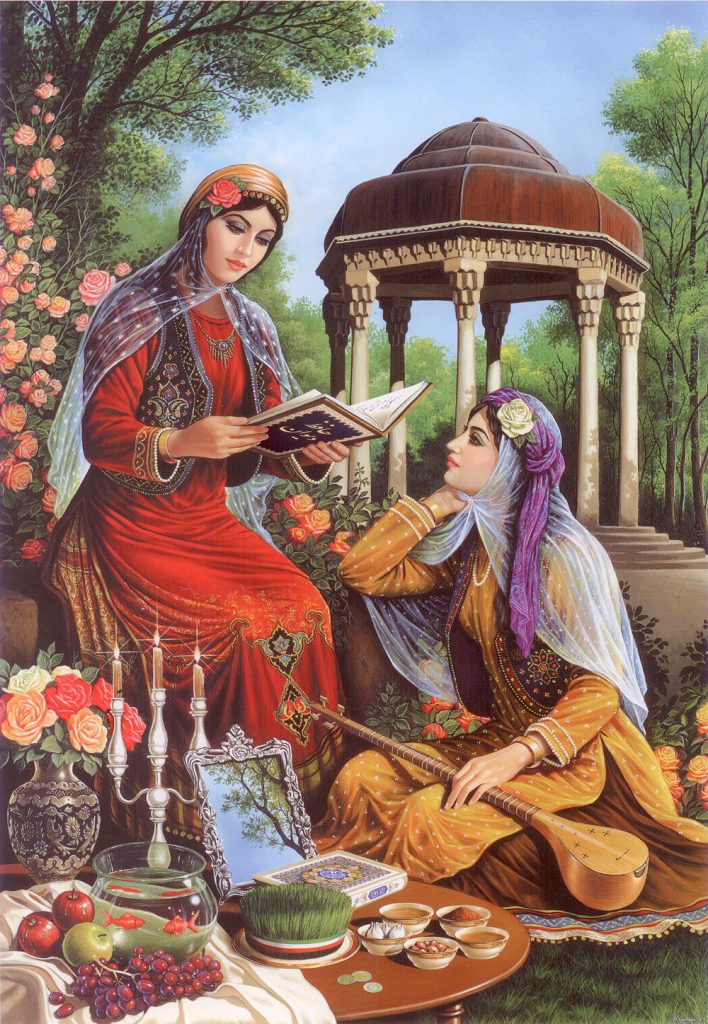 After the accession of Ardashir I Pabakan, the founder of the Sasanian Dynasty (224 AD), consistent data for the celebration of Noruz were recorded.

Throughout the Sasanian era (224-650 AD), Noruz was celebrated as the most prominent ritual during the year. Most royal traditions of Noruz such as yearly common audiences, cash gifts, and pardon of prisoners, were established during the Sasanian era and they persisted unchanged until the modern times.

Noruz, along with Sadeh that is celebrated in mid-winter, were the two pre-Islamic celebrations that survived in the Islamic society after 650 AD. 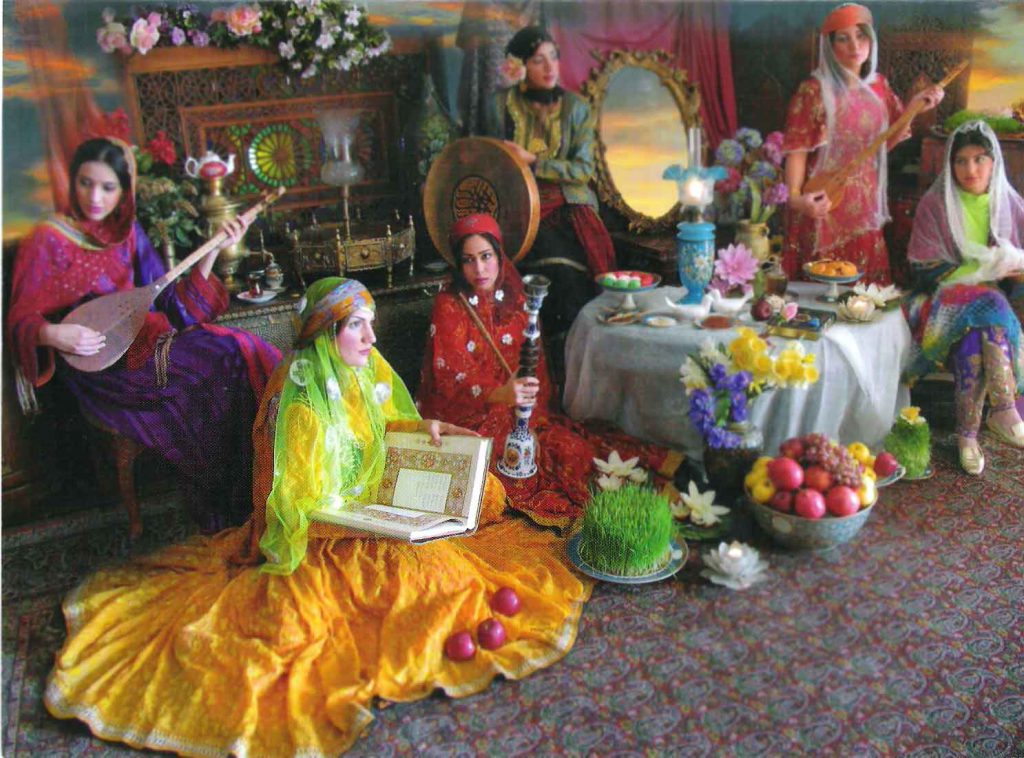 Other celebrations such Gahanbar and Mehragan were eventually side-lined or were only followed by the Zoroastrians who carried them as far as India. Noruz, however, was most honoured even by the early founders of Islam.

There are records of the Four Great Caliphs presiding over Noruz celebrations, and during the Abbasid era, it was adopted as the main royal holiday.

Following the demise of the Caliphate and re-emergence of Persian dynasties such as the Samanids and Buyids, Noruz was elevated into an even more important event. The Buyids revived the ancient traditions of Sasanian times and restored many smaller celebrations that had been eliminated by the Caliphate. Even the Turkish and Mongol invaders of Iran did not attempt to abolish Noruz in favor of any other celebration. Thus, Noruz remained as the main celebration in the Persian lands by both the officials and the people.