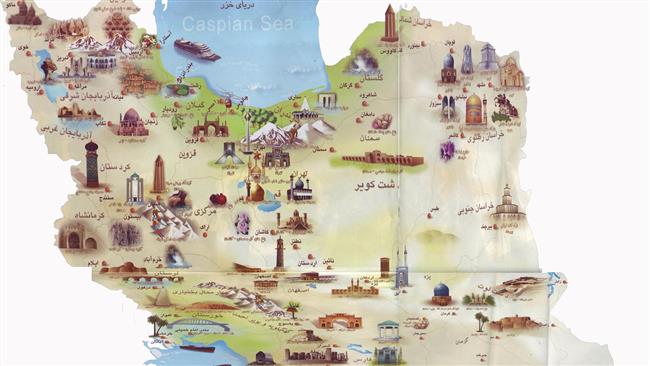 Impressive archaeological sites, carefully planned museums, and ecological wonders await the curious traveler in Iran, a country that has something for everyone.

Iran successful domestic market has laid the groundwork for an increased amount of foreign visitors interested in the history, natural beauty, and business opportunities Iran has to offer.
Travelers seeking to delve deep into history and the origins of civilization need look no further than Iran, where a mosaic of cultures and natural landscapes transcends the perception of the country in the international arena.
Iran’s Cultural Heritage, Handicrafts, and Tourism Organization (ICHTO) is the related authority in Iran.
With the goal of capitalizing on the already productive domestic market, ICHTO has identified 1,200 Tourism special Zone that investors can take advantage of it .With the support of OIETAI, ICHTO aims to attract a much  larger  FDI figure to the  tourism industry in 2013.

Until now, UNESCO has designated 15 of Iran’s various historical and natural sites as part of world heritage; includes:
especially for those interested in religious history it is estimated that there are more than 28 messengers of God have tombs throughout Iran.
Some of top sites are as below:
• Persepolis, the complex of Xerox palaces having the detail of 2,500 year-Old Persian reliefs.
• The ancient Mesopotamian ziggurat and complex of Chogha Zanbil is an intriguing remnant from the Elamite Empire more than 3,500 years ago which stand as a testament to the feats of ancient engineering.
• Soltaniyeh Dome, recognized as a UNESCO World Heritage site in 2005, is an  architectural masterpiece that was built  in 1302 AD. As the  oldest  double-shell dome  in  the  country, the structure paved  the  way   for  construction of holy  buildings throughout  the  Muslim  world and  has  captivated the  attention of both  pilgrimsand historians for centuries.

The Iranian government has established a number of museums to showcase artifacts and present the stories of civilization to an international audience
• The  Treasury   of  the  National Jewels in Tehran,  the  National Museum,  Golestan  Palace in Tehran,  and the Sheikh Safi Museum in Ardabil are just a handful of venues that feature  the  collage  of Iran’s historical and traditional past.
• In addition, Tehran’s Contemporary Art Museum showcases over 7,000 texts in both Persian and English as part of a specialized library.
• Iran’s natural beauty   and   conservation efforts are nothing short  of impressive. Stunning waterfalls, deserts, forests,  lagoons, caves, swamps,  and  lakes  represent a diverse   array  of  climatic  zones  and  landforms, comparable only to the  continental US.

Due to the  extensive bus  network and  air and rail  infrastructure  in  the   country,  domestic tourists most  often  travel  to  visit  friends and family  during the  summer months. Given the country’s abundant natural beauty and coastal destinations, approximately 24% of domestic tourists traveled for sightseeing or entertainment purposes in 2011. However, medical tourism and pilgrimage make up an additional 23% of travel throughout the country.
In addition to beaches 700 Km alongside the Caspian Sea are the most popular destinations for domestic tourism.

The city of Mashhad, visited  by the Muslims to  pay homage to the  Holy Shrine of   am  Reza, the largest  mosque in the world  by area which  accommodates 20 million pilgrims and  tourists every   year.   Other   notable  holy sites include the
Danial-e Nabi Mausoleum, one the messengers of God in shosa,

Shrine of  Hazrat-e Masumeh, the sister of and  the  Chak  Chakoo  Fire Temple, which is famous  for the legendary dripping water that  falls from surrounding rock formations.

As part of Vision 2025, the government aims for Iran to achieve a stronger position among global tourism destinations, setting a target of 7.5 million foreign arrivals.
Although the number of international arrivals  has  been  steadily increasing-up  from  2.2 million  people  in  2009  to  3.6  million  from  in 2011 at a growth rate of 58% domestic tourism is a key segment of the  sector  overall.

A large majority of Iranians frequently travel within the  country on  a yearly  basis,  and  although they do not typically inject  as much  money  into the  economy as foreign  tourists are known to contribute, the development of transportation and communications infrastructure is fueled by the  large  amount of domestic traffic.

The overall goal of the Tourism industry is to attract 2% of the world’s tourists, or 20 million people, to Iran by 2025. In 2011, the country earned approximately $6 billion from the tourism sector, and in 2013 analysts expect the tourism industry to grow by a significant 135%.