Based on history, culture, and nature, Iran is home to a wealth of attractions and things to do and see. It might be difficult to figure out which places should be your priority but here we explore some of the best cities to visit in Iran, especially if it’s your first trip.

Tehran, the Capital of Iran, is located on the south hillside of the Alborz mountain range with the height of 900 to 1800 m above the sea level.

Tehran climate is greatly defined by its geographical location surrounded by the mountains in the north and by desert in the south. Accordingly, the north of Tehran enjoys a cold and arid weather but the south is largely warm and arid..

Tehran consists of three parts as “Kan“ , ”Markazi“, and “Aftab“; three cities named “Tehran“, “Bomehen“, ”Pardis”; and four rural districts. Demonstrating the traditional and modern architecture, Azadi square symbolized Tehran in the past and Milad tower plays this role, at present. As the capital of Iran, Tehran is a populous city and one of the most significant urban centers in the world experienced the modernity before the other cities of Iran.

Placed in a large area, Tehran is one of the biggest, most significant metropolitans in the world. In other word, it is the center of all affairs, government, politics, economy, culture, work, commerce, history, science, industry and production and it is why people are mostly inclined to immigrate to here and the population is continuously increased.

Locating on the hillside of Alborz mountain chain and near Damavand, the highest volcanic peak of Iran, Tehran embraces the unique attraction and landscapes where one of the most important historical attractions is placed. Tehran residents speak in Persian standard language. Different religious groups live together in Tehran. 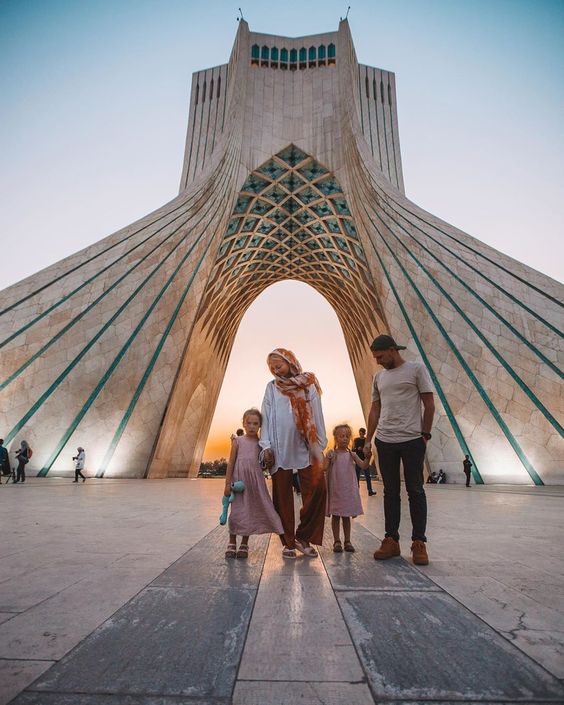 Isfahan is a metropolis surrounded by desert and semi-desert districts from east and Zagros Mountains from the west. The distance between the south of the capital of Iran and this city is about 414km and it is located at the height of 1575 m above the sea level and enjoys a moderate climate and partly regular seasons. Isfahan consists of 6 districts, 14 cities and 19 rural districts with many historical heritages and natural landscapes, which made Isfahan to be the 3rd biggest city in Iran, after Tehran and Mashhad.  Isfahan is a district with Iranian civilization and culture which contains many heritages from all historical eras that registered in the list of historical monuments.

This city is one of the valuable archaeological centers, parallel to world-class areas, and many of its artifacts has been registered in the list of monuments and it has a high universal position for art, economy, science, industry, commerce and tourism. The name of Isfahan comes always along with Zayanderud River; also, it is properly called Nesf-e Jahan (means “half of the world”) as one of the most spectacular places in Iran. Isfahan has been always a significant and glorious city in transportation and commodity exchanges because of its strategic axis along the Silk Road in the past and its heritage of ancient art, commerce and industry, at this time.

According to the history, Isfahan has been the industrial pole of the country. What placed Isfahan in this economical position is big industries such as iron foundry, automotive, military, aircraft, gas accessories and installations, Mobarakeh steel complex, refinery, polyacrylic, and different ceramic, tile making, stone, mine and stone cutting and textile factories. Also, this city is the center of Iran’s handicraft on which a great part of the province’s economy depends.  Tourism has also prospered in this city. Isfahan is always a living place for different ethnics and religions and one of the most significant centers for immigration of different religions’  believers including Islam, Christian, Jewish and Zoroastrian. People in Isfahan speak in Esfahani accent, a tonal accent with some differences in pronounce, vocabulary, and even structure in comparison with Persian standard language.

Considering as one of the most important ancient cities of Iran, historical precedence of Isfahan dates back to the third millennium BC. Being located at the center of Iran, it was the capital of Persia hence strategically important for the kings where to keep the troops to rule the country. Therefore, origin of the name was Sepahan, meaning troops town. During the centuries, it was also called by different names such as: Gabeh, Jey, Sepahan, Sefahan and Isfahan finally. The urbanity of the city is on the banks of Zayandehrud, a river with historical bridges that link south and north parts. With more than two million residents, Isfahan is now the third populous city of Iran. Isfahanians are well known for their hospitality.

Despite the important rule of Isfahan in the history of Persia, most of its fame was derived from one major act: Art.

The rich cultural city of Isfahan has been the Mecca of Art lovers since the 12th century. The prevalence of crafts has given it a quite unique character despites its rapid industrialization. It was the first Iranian place included in WIPO for its different and vast artistic fields which are more than 130 until now. Some of the most important fields are: Enamels (Mina-kari), Turquoise inlaying (Firoozeh koobi), Brocade (Zari-Bafi), Velvet weaving (makhmal-Bafi), Metal lattice (Moshabbak-felez), Metal Volumes (Ahjam e Felezi), Samovar Crafting (Samavar Sazi), Fine metal Carving ( Nazook Boori Felez) , Etching (Ghalamkari), Pottery of Shahreza City,  Fine Wood Carving (Nazook Boori Choob) and Wood Carving. Shiraz is one of the biggest cities in Iran and most significant city at the center of Fars province at the height of 1486 m above the sea level, located in the Zagros mountainous area, a highly important protection for the strategic location of Shiraz. Shiraz consists of 3 districts, ”Arzhan“, “Zaraghan“ , ”Markazi“, six cities and 12 rural districts. Shiraz name has been explored in the Achaemenid inscriptions in Persepolis.

This city has been known as the most significant tourism center, the 6th populous city, the cultural capital of the country, 2nd literary city in the world, the 3rd religious city, the 3rd holy shrine of Iran and the city of poetry, wine and flower. The tombs of several poets such as Hafez and Sa’adi placed in Shiraz where embraces a major part of Iran’s ancient history, historical, cultural, religious and natural attractions.

Placing in the central zone of south Zagros and a partly fertile area, the social and economic structure of Shiraz has been turned into a natural setting for nomads such as Ghashghaei, the farmers and residents to exchange local commodities. This city has also been located in the way of the commercial roads to south ports such as Bushehr, but this role has been faded out by establishing the railway network to other ports of Iran. Administrators and military centers are among the other causes the city to be glorious. Shiraz is economically dependent on industry, significant factories, agriculture and magnificent handicrafts .Shiraz residents speak in Shirazi accent of Persian language and most of them are Shia. 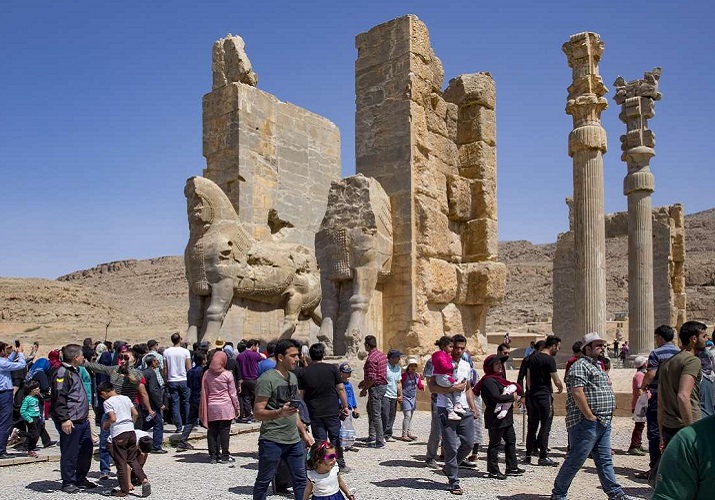 Yazd is located in a vast and arid valley surrounded by Shirkuh and Kharanegh mountain range on the margin of the Lut desert plains with the height of 1230m above the sea level. Yazd enjoys a highly cold and partly humid climate in winter and it has an arid and warm summer due to its geographical location in an arid region of the world. Yazd consists of two parts “Markazi” and “Zarch”, four cities and four rural districts. It is one of the Iran metropolises, the fourth vast, the first adobe constructed, and the second historical city in the world which is best-known as “Windward City“, “Dar-al-ebade City (the place of worship)”,”City of Bicycles“, “City of sweets” and “City of Qanat, Qonut (Worship) and Qena’at “. Yazd is one of the most spectacular places because of its water reservoirs, alleys, mills, architectural and historical symbols as one of the most remarkable architectural examples of the hot and arid area in the world.

The economy of this city depends on handicrafts such as Terme, Daraei, earthenware and ceramic, tiles, carpet, Glim and Zilu, Sweets, smithy, and big industries such as Setare Kavir Yazd Carpet, steel alloy, Chadormalo industrial complex, rolled steel manufactures, cable and optical fiber factory, tile, ceramic and mosaic industry, food industry, textile factories as well as the big mines. Yazd Goldsmith and jewelry are of the most famous industries in Iran, which is comparable with Italy.

The race of Yazd people is Aryan and they speak in Farsi, Yazdi accent; they are mostly the followers of Ja’fari Shia, but the followers of other religions such as Zoroastrian, Jewish and Christian live there, too.

Mashhad is located in Kashafrud River catchment basin and at the end of the Mashhad sedimentary plain, between Hezar masjid and Binalood mountains range, at the height of 1050m above the sea level with a mountainous and semi mountainous area which presents a moderate and variable climate.

This city consists of three districts “Markazi”, “Ahmad Abad” and “Razavi”, three cities and 11 rural districts. Mashhad is considered as the 2nd biggest and the populous city of Iran after Tehran due to it is religious, industry and economic conditions. Mashhad is known as the most important attraction for the passengers who are willing to visit Imam Reza holy shrine (8th Shia Imam), the biggest holy shrine in Iran.

As one of the most magnificent religious places in Iran, Astan Qods Razavi is the symbol of Mashahd where the Islamic art and religion are linked to each other. Located along the Silk Road, it is the economic capital and the intercontinental commercial center in the Central Asia. Mashhad economic activities are dependent on the services, industry and agriculture; however, it is focused on a services-based economy due to the presence of the passengers and pilgrims who travel to there. About 40 percent of Mashhad industry is relied on the food, metal and handicraft industry. Most of Mashhad people are of Iranian Aryan race, although many Kurds, Turks and Arabs live there. Mashhad residents speak in Persian Language, Mashhadi accent and they are the followers of Ja’afari Shia.

Mashhad metropolis, the capital of Khorasan-Razavi Province, and spiritual capital of Iran is located in north-east of the country on the ancient silk road.

The most religious city of Iran is centered on the vast Holy Shrine of Imam Reza, eighth Shi’ite Imam. Imam Reza was buried in a village, which afterward gained the name “Mashhad”, meaning the place of martyrdom. As a place of religious pilgrimage, it hosts more than 20 million tourists every year. It was chosen as the 2017 Capital of Islamic Culture. With 3 million residents, Mashhad is the second biggest and second populated city of Iran. The area is famous for breeding many celebrities, literature and poets such as Ferdowsi. Mashhad’s climate is mild and dry.

Mashhad is also known for gemstones and it was included in WIPO since 2016. The area with 39 known different varieties of gemstone is rich enough to export gemstones to many other countries. More than 16 thousand registered artisans are busy in the field in nearly 500 different workshops. With 9 tons of exploitation a year, Agate (Aghigh) is the most popular gemstone, following by 5 tons of turquoise (Firouzeh). Different types of Corundum such as Sapphire or Ruby, Jasper, aquamarine are some other exploited gemstone products of Mashhad city.

Mashhad has about 90 percent of gemstone workshops of the country which produce jewelry in addition to religious accessories such as rosaries and rings. 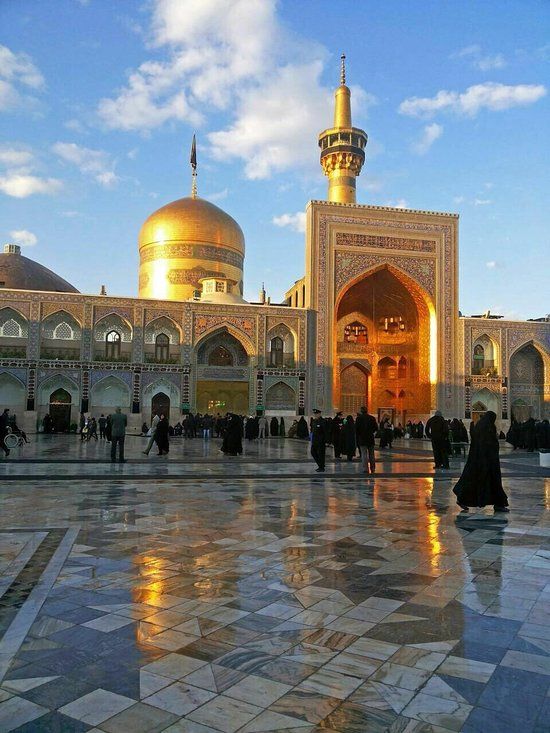